I was wondering what events would transpire on October 20, 2012 in connection with what some are calling the orange alignment with Venus, Sun, Mercury. I will explain more about the Orange alignment below but seriously you can't make this stuff up or can you? yes you can! it is all there for those who have the eyes to see!through the deception and how you reality is being manipulated and how your reality is shaped through story, allegory, myths and scripts to keep the masses confused and manipulated lets see how things connect with the Orange Alignment. 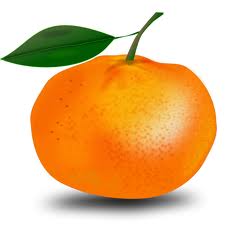 "Orange Alignment" is a heliocentric lining up of Venus, Sun and Mercury and when these alignments come, we do feel their impact. It is my view that the next one coming up soon is a highly charged one... because, for one, in many languages the fruit orange is called... "golden apple". 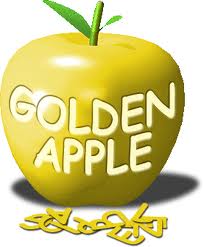 Now if we take the word orange and break it down we get or & ange in French  OR means GOLD and refers to Venus known as gold star in the east and has a phi driven orbit as seen in diagram below. 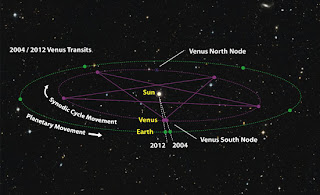 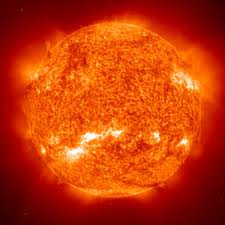 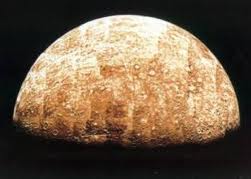 The reason I bring this up is major events on the physical world stage can be tracked back to this alignment Venus, Sun, Mercury.

The Haiti Earthquake January 12, 2010 there was an Orange Alignment 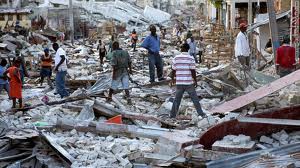 and Costa Cancordia sinking January 13, 2012, on an Orange alignment Mercury, Sun, Venus where joined in the sky. 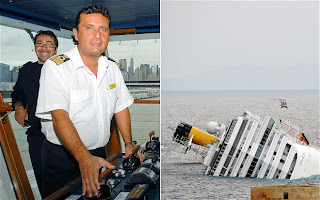 And look what I found an article today October 22, 2012 talking about this event from earlier this year here is the link. It turns out Giuseppe Pilon, who rushed to the Concordia's engine room immediately after the accident, and another engine room officer, Giovanni Iaccarino, spoke publicly about the tragedy for the first time on October 21, 2012 the day after or the day of the orange alignment depending on where you live. Speaking for the first time again all by design this date was picked for him to speak all to coincide with the this Orange alignment event that happened earlier this year to imprint in the minds of man to remind us indirectly of a previous orange alignment January 13, 2012 to coincide with the October 20, 2012 orange alignment. Read more:

I found this article that came out today October 22, 2012 Six Italian scientists jailed for six years each for failing to predict 2009 quake that killed over 300 people? 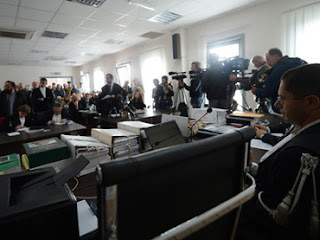 A court in the Italian city of L'Aquila has handed down verdicts to six scientists and one government official charged with manslaughter for failing to give sufficient warning of a fatal earthquake that hit in 2009.

The case was built around a meeting the seven defendants, all members of a commission on natural disasters, held in the city of L’Aquila on March 31, 2009, in which they told residents there was no cause for concern after a series of minor shocks had rocked the city in the preceding six months. It took Judge Marco Billi slightly more than four hours to reach the verdict.

Coming off the heals of Italian scientist being jailed, I just heard the federal Government of Canada is cutting it's Earthquake and Safety Preparedness Program called Magnitude 12 due to funding cuts hum!,this was announced this past weekend the same weekend of October 20, 2012 when they conducted a disaster simulation in Vancouver, B.C. Canada I hope you can see of the connections here.

The HUSAR search and rescue teams from Vancouver, Calgary and Manitoba collaborate for a real-time exercise emulating an earthquake in Vancouver on Saturday, October 20, 2012. The mere acting out of this scenario story implants the subliminal suggestion of what is to come, this disaster simulation is a ritual of sorts mirroring celestial events, before the event whenever that is sometime in the illusory future, again all by design everything on the world stage is well scripted well choreographed and implemented by the power control force. Why does the power control mirror or simulate celestial events. Because they have no control of what happens in the universe, galaxy, or the  solar system and celestial events support the evolution of human consciousness and the power control force mirrors events above create events which they can control on earth in support of their agenda to keep humanity under manipulation and a hypnotic trance state. 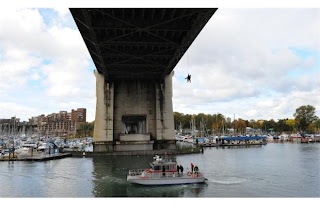 According to the article Although the team performs a disaster simulation once a year to teach first responder's how to cope in real life catastrophes, this one was a little unusual. Because they brought in a tonnes of material to make the scenes look real that was the difference from other disaster simulations this making it seem to me like a simulation ritual of sorts to mark a future event to come in the illusory future. Again Yet another bridge scenario you will get what I mean as you read below. 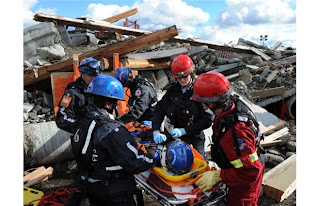 
Now last year I did a youtube video on a movie that came out Final destination 5 in the video, I show how this movie which was filmed in Vancouver, B.C. Canada, with the first scene and this movie played out around a very prominant bridge called the Lion's Gate Bridge. The main character in the movie Sam Lawton, is on his way to a company retreat with his coworkers. While crossing what is being called the North Bay Bridge in the movie (Vancouver's Lion's Gate Bridge), Sam suffers a premonition that the bridge will collapse, killing everyone and himself. 
Truly this is all just really more propaganda to keep the masses under manipulation and hypnosis simply suggesting some major event in the pacific ring of fire off the coast of Victoria, B.C. Canada or what some might call the Cascadia Subduction Zone again all suggesting an event that may occur in the future!

Another interesting connection is the book Cascadia's Fault, The Deadly Earthquake That Will Devastate North America. The Author Jerry Thompson lives in Sechelt, B.C., but what I found most interesting was this book was released shortly after the Fukushima Daiichi nuclear disaster March 11, 2011.

Again all in alignment with the power control force agenda to continuously create mayhem and chaos on earth as we continue on our individual and collective evolution to higher states of consciousness, they are just really not in support of the evolutionary process to evolve humanity they are on a de-evolutionary path again all by design they are simply playing their part in this illusion of reality we call life on earth!

If you have not read the press release I posted on my website last year discussing the Phi Code ritual that will be triggered in accordance with an Orange alignment in the future. I wrote a press release in June of 2011.

I don't share this information to scare people but rather to attempt to connect the dots and show you how the power control force in very suggestive and subliminal ways us revelation of the method through everything that they intend to do in the future. This is very real not something to shy away from but rather to help you to learn how the power control force operate at an entirely different level and how they implement their dark and sinister programming to the unassuming masses.

As you can see what is being suggested here is all earthquake preparedness program are slowly but surly being taken away we can see this happening around us. This is why it is so important to learn to see the deception program at play and to seriously take matter into your own hands.

This is what I have done, I used to live in Vancouver, B.C,  Canada and when I learned all of this I was horrified at first to be honest but I had to take the necessary steps and have since moved. Most people will think I am crazy or off my rocker so be it I am here just to share information you can do what you like! but don't shoot the messenger!

Again what I share here is simply a sharing a perspective take what resonates and leave the rest.

Posted by DeepTruther at 3:30 PM 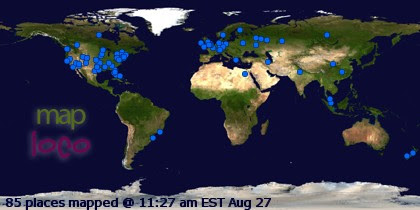 Create your own visitor map!

Who links to me?